This is one of my first uploads from quite a ways back, almost 2 years ago, but it’s still relevant – maybe more now than ever given the left-wing riots plaguing the nation.

We all have the right to life, to bear arms, and to protect that life by any means felt to be necessary when it’s demonstrably threatened. Simple.

Kyle Rittenhouse did nothing wrong.

And now, because the modern left, including media activists, insist on demonizing him, people like me aren’t just going to make sure accurate information gets out when shit like this goes down. We’re gonna fucking lionize this kid.

Living legend. Even though what he did was right on every level, he’ll have to endure months of sustained effort by media corporations & their employees to smear him, and to distort what really happened on the day he shot 3 people in self-defense.

Not unlike what they tried to do to Nick Sandman, although in this case the stakes are much higher for Kyle.

Nick was slandered, defamed, but the Kenosha kid is facing what essentially amount to murder charges and all he did was try to protect the property rights people in his community, help anyone injured in the protest, and protect his own life when it came under threat.

And now, for that, he’s being wrongfully prosecuted. He’s the latest target in a series of Democrat smear campaigns which, contrary to the intended effect, have made icons, hero’s, and in some cases, sadly, outright martyrs of anyone they decide is their opposition.

This shit cannot be allowed to continue and what’s more, what’s gone on already can’t be allowed to stand. What I mean is, we as Americans need to unite and find common cause ripping away any hope they have of reclaiming the Senate and kicking their asses out of the House of Rep.’s on election day.

Well, fuck around if you must, America. Go ahead, hobble Trump’s 2nd term by empowering these corrupt fucks to undermine and sabotage his presidency and our nation for another two years; and just excuse, ignore, and legitimize all the crazy shit Democrats have pulled over the last 4 years. Tell them it’s okay to continue as they are. Riots, endless lockdowns…

Show them we won’t stand for it.

If they retain any power whatsoever they’ll keep doing what they’re doing. If they gain more, they’ll take that as permission to up the ante.

Jacob Blake had a warrant out for his arrest, showed up at the home of a woman he assaulted, forcibly stuck his fingers in her pussy, took her keys, then police were called.

When cops got there he resisted arrest, violently evaded their first few attempts to apprehend him, made his way to the driver’s side of his car, and went for a knife before being shot. Got what he deserved.

Some white chick in Jacksonville just got shot today for stabbing a cop. I posted this about it: “attack cops (espec. w/ weapon) = get shot”.

And notice, Democrats don’t complain when you point this out about some crazy white bitch wielding a damn knife, but when Jacob Blake gets shot for trying to get one out of his car… he gets a pass. Isn’t that kind of bullshit?

I have no problem laughing at that, and neither do Democrats so long as the assailant is white. Make the same observation about a justified police shooting involving someone who happens to be black and they lose their fucking minds. Given how touchy Democrats and mainstream media are about it, imo it’s time for a slogan like “get woke, go broke”: 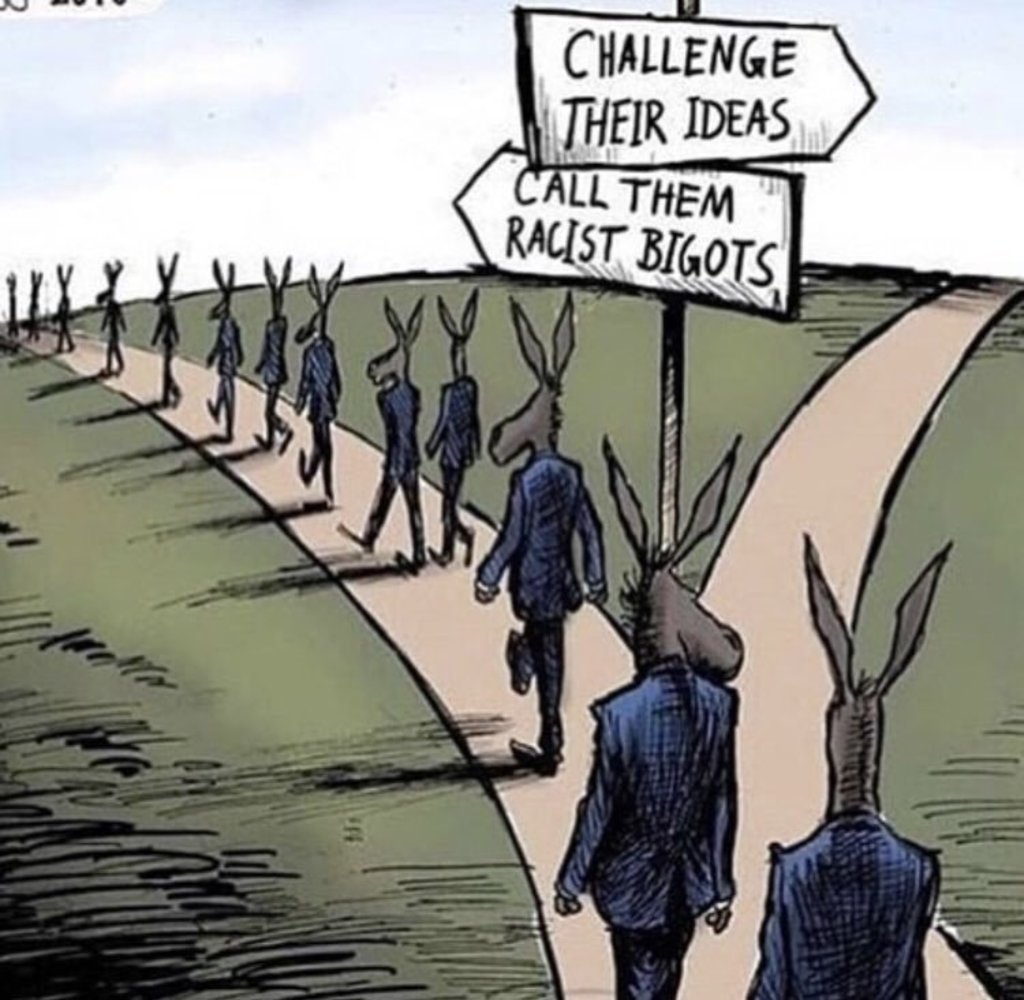 …via The Daily Wire:

Anyone who’s still a Democrat should watch this, even if it doesn’t change your mind about your party, maybe it can help you understand why I changed mine. They’re liars, hypocrites, and everything I thought they stood for, they pay lip service to during elections… and then once in office, they proceed to do whatever they damn well please.

Whatever makes them the most money, whatever is the most politically beneficial to them.